Pu-erh tea is made from the leaves and stems of the Camellia sinensis plant. This is the same plant that is used for making green, oolong, and black teas. Though the same source plant is used, the different teas are made by using different processes. Green tea is not fermented, oolong tea is partially fermented, black tea is fully fermented, and Pu-erh tea is post-fermented. This means Pu-erh tea’s processing includes both fermentation and then prolonged storage, or “aging,” under high humidity.

Pu-erh tea that is aged for a longer period of time is supposed to taste better. However, it can also smell musty or taste stale because mold and bacteria will sometimes attack the tea during the long aging process. Pu-erh tea is produced mainly in the Yunnan district in the southwestern part of China. It has also gained popularity in Taiwan. Pu-erh tea is used as medicine.

Pu-erh tea is used for improving mental alertness and sharp thinking. It is also used for reducing high cholesterol.

How does it work?

Pu-erh tea contains caffeine, although not as much caffeine as other teas. Caffeine works by stimulating the central nervious system (CNS), heart, and muscles. Pu-erh tea also contains antioxidants and other substances that might help protect the heart and blood vessels.

There is interest in using pu-erh tea for lowering cholesterol because, unlike other teas, it contains small amounts of a chemical called lovastatin. Lovastatin is a prescription medicine used for lowering cholesterol. Investigators think that bacteria that sometimes contaminate pu-erh tea may somehow make the lovastatin in the course of their normal life cycle. Animal research suggests that pu-erh tea might lower certain blood fats called triglycerides as well as total and “bad” low-density lipoprotein  (LDL) cholesterol. It might also raise “good” high density lipoprotein (HDL) cholesterol.

Mental alertness. Pu-erh tea contains caffeine. The caffeine seems to prevent a decline in alertness and sharp thinking when consumed throughout the day.

More evidence is needed to rate the effectiveness of pu-erh tea for these uses.

Pu-erh Tea Side Effects and Safety:

Taking pu-erh tea in moderate amounts might be safe. However, too much pu-erh tea, more than five cups per day, can cause side effects because of the caffeine. These side effects can range from mild to serious and include headache, nervousness, sleep problems,  vomiting,  diarrhea, irritability, irregular heartbeat, tremor, heartburn, dizziness, ringing in the ears, convulsions, and confusion.

If you are pregnant or breast-feeding, pu-erh tea in small amounts is probably not harmful. However, do not drink more than two cups of pu-erh tea in a day. Too much caffeine might cause miscarriage premature delivery, low birth weight, and harm to the baby.

If you are breast-feeding, moderation in drinking pu-erh tea is also important. Caffeine passes into breast milk, so nursing mothers should closely monitor caffeine intake to make sure it is on the low side. Caffeine in large amounts might be UNSAFE during breast-feeding. Caffeine can cause sleep disturbances, irritability, and increased bowel activity in breast-fed infants.

Pu-erh tea seems to be safe in children in amounts commonly found in foods and beverages.

The caffeine in pu-erh tea might make these conditions worse.

The caffeine in pu-erh tea can cause irregular heartbeat in some people. Use pu-erh tea with caution if you have a heart condition.

Some research suggests that caffeine may affect the way the body uses sugar and might make diabetes worse. But the effect of caffeine-containing herbs and beverages such as pu-erh tea has not been studied. If you have diabetes, use pu-erh tea with caution.

Pu-erh tea contains caffeine. The caffeine in pu-erh tea, especially when taken in large amounts, can worsen diarrhea and might worsen symptoms of IBS.

The caffeine in pu-erh tea increases the pressure inside the eye. The increase occurs within 30 minutes and lasts for at least 90 minutes after drinking pu-erh tea.

The caffeine in pu-erh tea can increase the amount of calcium that is flushed out in the urine. If you have osteoporosis or low bone density, caffeine should be limited to less than 300 mg per day (approximately 2-3 cups of coffee). It’s also a good idea to get extra calcium to make up for the amount that may be lost in the urine. Older women with an inherited disorder that affects the way vitamin D is used should use caffeine with caution. Vitamin D works with calcium to build bones.

The appropriate dose of pu-erh tea depends on several factors such as the user's age, health, and several other conditions. At this time there is not enough scientific information to determine an appropriate range of doses for pu-erh tea. Keep in mind that natural products are not always necessarily safe and dosages can be important. Be sure to follow relevant directions on product labels and consult your pharmacist or physician or other healthcare professional before using. 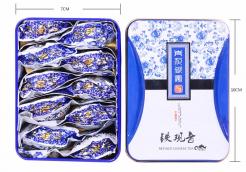 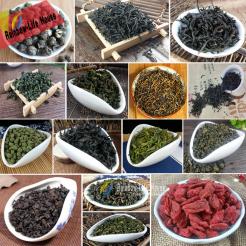